Kicking off a Baltic transition

A small town community in Latvia reinvents itself.

In a country hit hard by the financial and economic crisis, inhabitants of the small town of Ikskile have taken matters in their own hands. A community is engaged in its own sustainable development and kicked off the transition town movement in Latvia.

In a matter of a few years several initiatives based on the sustainable use of local resources appeared and the community has become more active than ever.

Latvia was among the countries hit hardest by the financial crisis. According to government figures, unemployment is at about 11 per cent, and while price levels are close to those in western European countries, a third of those who have a job earn monthly less than 500 euros gross.

In Ikskile, located 28 km south-east of Latvia’s capital Riga and home to about 9000 inhabitants, the situation looked better than elsewhere with an unemployment rate of only 3,4 per cent. But people had enough of the way sustainability and well-being were being trampled every day in a country struggling to come back on its feet. In a matter of a few years several initiatives based on the sustainable use of local resources appeared and the community has become more active than ever.

Among those most actively involved are Linards and Kristine Liberts. While Linards shook up Europe’s culinary landscape by inventing a line of birch sap beverages, Kristine helped bring a new spirit to the educational sector in Ikskile.

In 2010 he produced his first fermented wine and quickly became the first to produce at a commercial scale in Latvia. Already a year later the interest in his fermentation process was so big that Linards started building a wine cellar that also functions as production site and show room.

By now, Linards has become Latvia’s foremost birch juice expert. And since birch sap cannot be produced everywhere, Sula is receiving orders from all across Europe and even Taiwan. What started as a hobby and an experiment has now become a full time job – all year long.

Sharing with the community

In spite of his recent success and the growing demand for his products, Linards remains an active member of the Ikskile community and supports the idea of a sustainable local economy.

Other than being part of the Ikskile Transition Initiative (see below) and a member of the city council, Linards animates others to try producing their own products by inviting them to use the juicer he owns. Ikskile is rich in gardens with trees of apples, pears and other fruits. Having access to Linards juicer, other community members can give food production a try or just enjoy the juice making process.

Compared to the traditional harvesting method where a large hole is drilled right into the heart of the tree, Linards takes great care not to cause unnecessary damage to the trees.

Linards shows how he his tapping a tree.

“Such large holes only increase the flow by five to seven percent. We prefer to do something more like keyhole surgery. The hole we drill is only seven millimeters wide and not deeper than three to four centimeters.” Linards Liberts

2 – A different kind of school

The school practices a holistic approach that aims both at education and character development and that highly values social, economic and environmental sustainability.

Linards’ wife Kristine is equally active for the local community. 5 years ago Kristine and other Ikskile parents whose children were approaching school age were not satisfied with the standard school system. Lack of cooperation and chances for pupils to think independently, large classes and too formal relationships were all far away from what Kristine had experienced during an exchange year in Switzerland.

With little chance to revamp the system, the parents got together to establish the school they wanted for their children.

With only 300 euros but a lot of enthusiasm and support from the community the Ikskile Free School opened in 2010 with 14 students. By 2014, when the fifth year began, 50 pupils from five to ten years old were inscribed. The school has now twelve full-time employees and 20 volunteers and obtained a beautiful old masonry house and the land around it from the municipality. 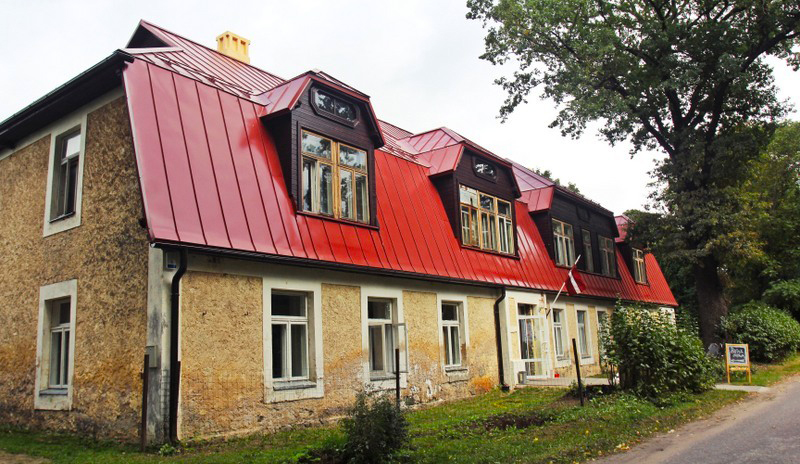 The school building after the roof was renovated in 2013. The windows followed the following year. (Image: Ikskile Free School)

Obtaining funding for a school

The Ikskile Free School started off with only 300 euros. To obtain financial support Kristine suggests:

The school is accredited by the Ministry of Education and Science and implements a certified learning programme. Languages play a big role with French classes starting in kindergarten, English in the second and Russian/English in the fifth grade.

Yet beyond that, the school practices a holistic approach that aims both at education and character development and that highly values social, economic and environmental sustainability:

At the same time, the active and equal involvement of parents was considered another important aspect. Beyond improving the education and development of children, the school functions as a lifelong learning centre. After students go home, the school offers a range of courses and initiatives – from yoga and home-made cosmetics to permaculture and seed exchange.

By bringing together neighbours who want to be actively involved in the local community the school has become a considerable authority in the local decision-making and in cooperation with their municipality.

Many funding opportunities are available for local initiatives in Latvia, both from international and national funds and programmes. And also municipalities in Latvia support local economy projects.

Here are the most important examples (click the names to visit their websites):

Teaching others how to teach

Kristine and her colleagues also organise a seminar teaching others how to develop their own school. It is well-known even beyond Latvia’s borders and already several schools have now been founded in Latvia and Lithuania.

3 – Coming together, building a community

An important motivation for Kristine and Linards to stick to their ideas and work hard for them has been the exchange with other like-minded people in Ikskile. Part of this was their involvement in the Ikskile Transition Initiative, established in the same year as the school. It was the first of its kind in Latvia (and the Baltic countries). Three more have been created in Latvia since then.

The initiative organised many workshops, meetings and discussions on global challenges like peak oil and climate change. But it were the more small-scale, practical and forward looking solutions like permaculture or traditional housing and the involvement in the school itself that inspired community members to get involved.

“My experience is that people feel less inspired by only discussing complex and seemingly unchangeable problems. Beginning with something practical and optimistic is essential. In our case we wanted to create a better school and that’s what we did. Starting from there, we are finding more ways to live more sustainably.” Kristine Liberts

Just like the Liberts family, several other community members have become true movers and shakers. 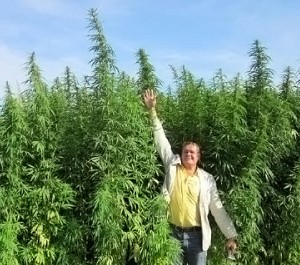 For example Guntis Vilnitis, 56, has brought together hemp farmers and refiners in the Latvian Industrial Hemp Association (LIHA) which promotes the use of natural hemp fibre as a sustainable material for several purposes – building materials, heating pellets, textiles and biofuel – and helps establish and develop the hemp industry in Latvia.

Or the couple Ilze and Normunds Sauleskaln: every year they organise the Song of the river open air festival in the country side of Ikskile. It is a day packed with arts and crafts workshops, educational lectures and concerts that allows locals to reconnect with the nature around them. Whether searching for mushrooms with professional guidance, pottery, or learning basic survival skills, the festival kindles a sense for nature and community in all participants.

With community members like these and similar initiatives now cropping up in other parts of Latvia, Ikskile has become a pioneer community for the local economy movement in the Baltics.

From waste to energy in the Czech Republic.